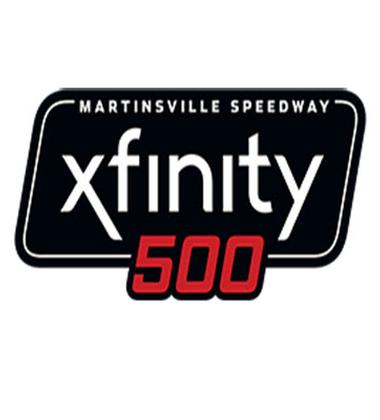 Alex Bowman took the checkered flag in Sunday’s Xfinity 500 at Martinsville Speedway after sliding up into Hamlin’s race-leading Toyota on Lap 494 of 501 and knocking Hamlin’s car up the track and into the outside wall.

As Bowman tried to start a burnout to celebrate his fourth NASCAR Cup Series victory of the season and his first at the .526-mile short track, Hamlin drove to the frontstretch and expressed his displeasure by twice blocking the progress of Bowman’s No. 48 Hendrick Motorsports Chevrolet.

“I just got loose in,” Bowman said of the accident that gave him the lead. “I got in too deep (into Turn 3), knocked him out of the way and literally let him have the lead back. For anybody that wants to think I was trying to crash him, obviously that wasn't the case, considering I literally gave up the lead at Martinsville to give it back to him.

“He's been on the other side of that. He's crashed guys here for wins. I hate doing it. Obviously, I don't want to crash somebody. I just got in, got underneath him, spun him out… Regardless, we get a free grandfather clock (trophy), which is pretty special.”

To download images from the Xfinity 500, click here. For more information, photos and graphics to assist your coverage, register and visit NASCARMedia.com.

By the time Bowman took the checkered flag, his teammate, defending Cup champion Chase Elliott already had clinched a spot in next Sunday’s Championship 4 race at Phoenix by sweeping the first two stages of the event.

Elliott joins another teammate, two-time Round of 8 winner Kyle Larson, Hamlin and Martin Truex Jr. in the quartet that will vie for the series title at the one-mile track in the Sonoran Desert.

With a damaged car that had slapped the outside wall at the exit of Turn 2 on Lap 471, Truex eked out his berth in the championship race by three points over Joe Gibbs Racing teammate Kyle Busch, who finished second to Truex’s fourth but lost his slim pre-race advantage in the first two stages.

Eliminated from the Playoff with Busch were the Team Penske Fords of Brad Keselowski (third Sunday and eight points below the cutoff), Ryan Blaney and Joey Logano.

Hamlin, who started from the rear after his car twice failed pre-race inspection, had enough of a margin entering the race that his 24th-place finishing position didn’t cost him a chance at the championship. But that was little consolation for the lost opportunity to add to his collection of five grandfather clocks.

“He's just a hack,” Hamlin said of the race winner. “Just an absolute hack. He gets his ass kicked by his teammates every week. He's (expletive) terrible. He's just terrible. He sees one opportunity, he takes it.

“Obviously, he's got the fast car of the week and he runs 10th. He didn't want to race us there. We had a good, clean race. I moved up as high as I could on the racetrack to give him all the room I could—he still can't drive.”

Lane choice helped Truex gain the final four after Aric Almirola got loose and forced him up the track on Lap 471, costing Truex positions and the eventual scrape with the wall. Truex gained spots on the subsequent restart on Lap 478 and chose the outside lane—directly behind Busch—for the final restart on Lap 500.

“I have no idea how we finished fourth,” Truex said of the contact with the wall. “I’m going to buy a lottery ticket on the way home.”

Even though Busch struggled with the handling of his No. 18 Toyota throughout the afternoon at Martinsville, he blamed his 28th-place finish last weekend at Kansas for his failure to advance to the Championship 4 Round.

“We just missed last week,” said the two-time series champion—and the only active driver with more than one title. “That's where we lost all the ground. Could have come in here with 15 more points, we would have been fine on the cut. Just wasn't it. Wasn't meant to be. Obviously, it was Truex's day. We had a Hail Mary opportunity there at the end. Just didn't materialize.

“All in all, just proud of the effort for sure. We slung everything and anything at this thing today, couldn't really make it come alive. Great effort. That was there, for sure. We’ve just got to get better, everybody included, the whole team, in order to be able to go race with the best and race for a championship. We're not going to do that this year.”

Neither will Bowman, who was eliminated from the Playoffs in the Round of 12. But the victory at NASCAR’s most venerable track, which will celebrate its 75th anniversary next year, was ample compensation.

Not to mention the free clock.

2022 NASCAR tickets are available for purchase today via phone at 877-RACE-TIX or online at martinsvillespeedway.com.