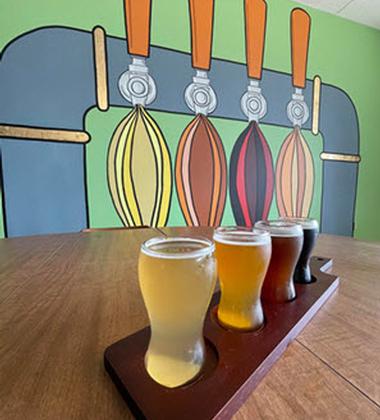 The owners, whom are all military veterans, got the name from Henry County history. Revolutionary War General Joseph Martin once stated he called his first plot of land “Scuffle Hill” because he had to “scuffle” to get the money to acquire the land. They said that is exactly what they did to open the brewery.

Scuffle Hill offers a variety of craft beers, including two that are named after local historical attractions; the Big Chair and the Dick & Willie!

The brewery plans to offer a variety of events such as Trivia Nights, Live Music, and more. Those who are interested are encouraged to check out their Facebook page for the most up to date information on their scheduled events.