The Martinsville Half Marathon & 5K will be ran for the 11th time on Saturday, April 3rd and Kelly Rowland and Beth Stinnett - from VisitMartinsville - will both be running the 5K. In case you missed our first blog, you can read it here.

Last month the #TeamVisitMartinsville girls ran the Two on the Trail run at Jack Dalton Park to kick off their season challenge. How well did they do? Wonderful, actually! Beth and Kelly placed 1st and 2nd in their age group and received a medal!

The Two on the Trail run was first race for the Miles in Martinsville 2021 season and was a two mile run. This weekend’s race includes their capstone event, the Half Marathon (13.1 miles) and the 5K (3.1 miles) component. Since running a marathon isn’t something you can simply get off the couch and do, the #TeamVisitMartinsville duo decided to run the 5K, and leave the Half Marathon for next year.

1. How do you feel about your first race of the 2021 Miles in Martinsville series, the Two on the Trail, in February?

Kelly’s response: I was super excited to be back out there and realized I may have over estimated myself. I felt like a turtle.

Beth’s response: I was stoked -and I still am! I look forward to improving my time as the season goes by.

2. Did you learn anything during that Two on the Trail run that may help with the upcoming races?

Kelly’s response: Practice, practice & more practice. Oh, and I am not a cold weather runner!

Beth’s response: I learned that I need to run more to better prepare for the upcoming races. I exercise 5 days a week – cardio, weights, yoga, etc. – and those things are great, but nothing preps you for running as well as running.

Kelly’s response: 36 mins or less is the plan!!

Beth’s response: My plan is to finish within 40 minutes. I would love to do it in 30 minutes, but I don’t think that’s going to happen. I came in at 19:53 for the two mile run, but that was a relatively flat track we ran on. The 5K is going to have us all over Uptown Martinsville and includes some rolling hills; hills that seem tiny when you are just driving, but are tough when running up them, might I add! 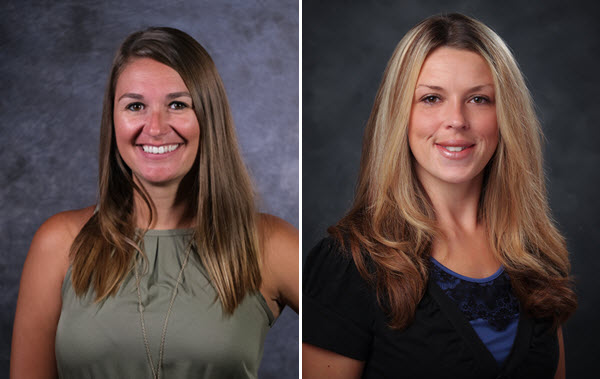 Registration for the Martinsville Half Marathon & 5K is opened through March 31st at midnight. Register now while there is still time!  And remember, you can choose the 5K if you aren’t ready for a half marathon. Want to run the race but can’t make it out on the 3rd? Try the virtual option! Get all of the details and register by going to www.MilesinMartinsville.com.