The Bassett Furniture Industries, Inc., mural is located in downtown Bassett, not far from Bassett furniture’s world headquarters. The mural is located on the side of the former Blue Ridge Hardware Building and was painted  in 2015 by Rocky Cobbler.

This version of the Bassett logo was first used in the 1950s. It features a silhouette of a covered wagon encircled by the Bassett name. It was often seen in advertising and as a drawer name plate in Bassett’s wood furniture collections. But the covered wagon logo was introduced  at the Company about 25 years prior with a highly detailed engraving and introduced the slogan “Pioneers in Furniture for the Nation.” About that time, Bassett had merged its seven separate factories into a single corporation under the Bassett Furniture Industries, Inc., name. The wagon represented the strength and pioneering nature of the combined single company.  Through the years, the wagon art was updated and modified to the version shown in the mural  with changes to the lettering along the way. 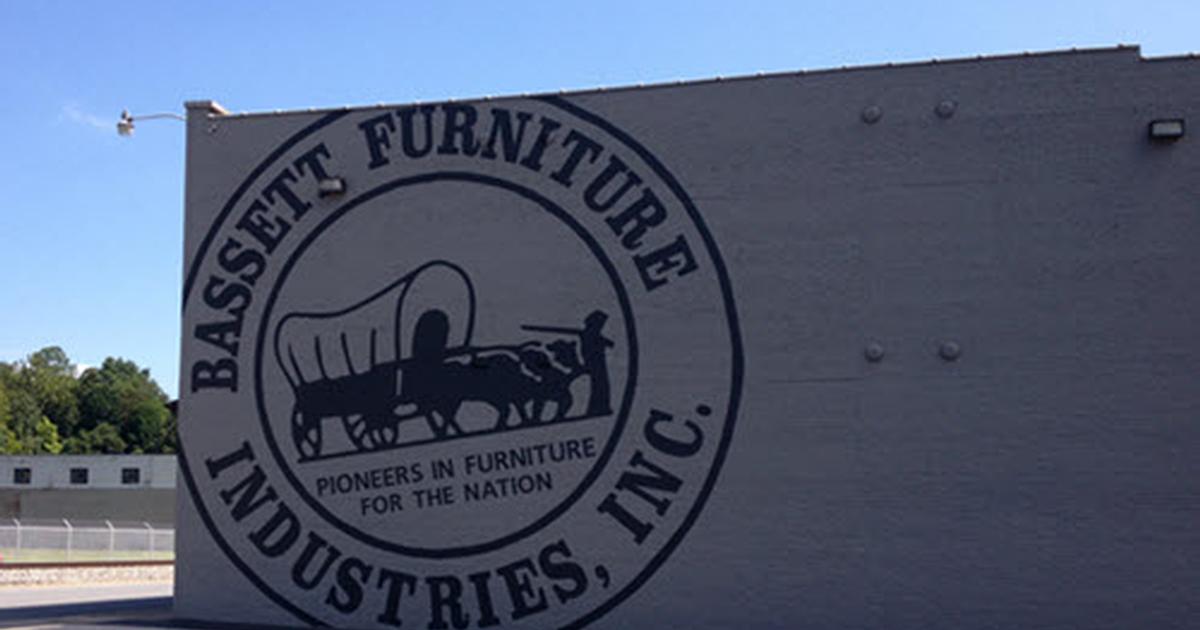