June German Ball celebrates the vibrant culture and heritage of Martinsville's historic Fayette Street. The mural depicts a fictional scene from one of Martinsville's famed June German Balls, which were popular within the African American community in the early part of the 20th century. These balls were held yearly, in the heat of June, and featured celebrated entertainers from the Jazz age like Jimmie Lunceford & His Dance Orchestra, who performed at the event in 1938.

Part of Piedmont Arts' Public Art Program. Planned and funded by New College Institute with support from City of Martinsville. 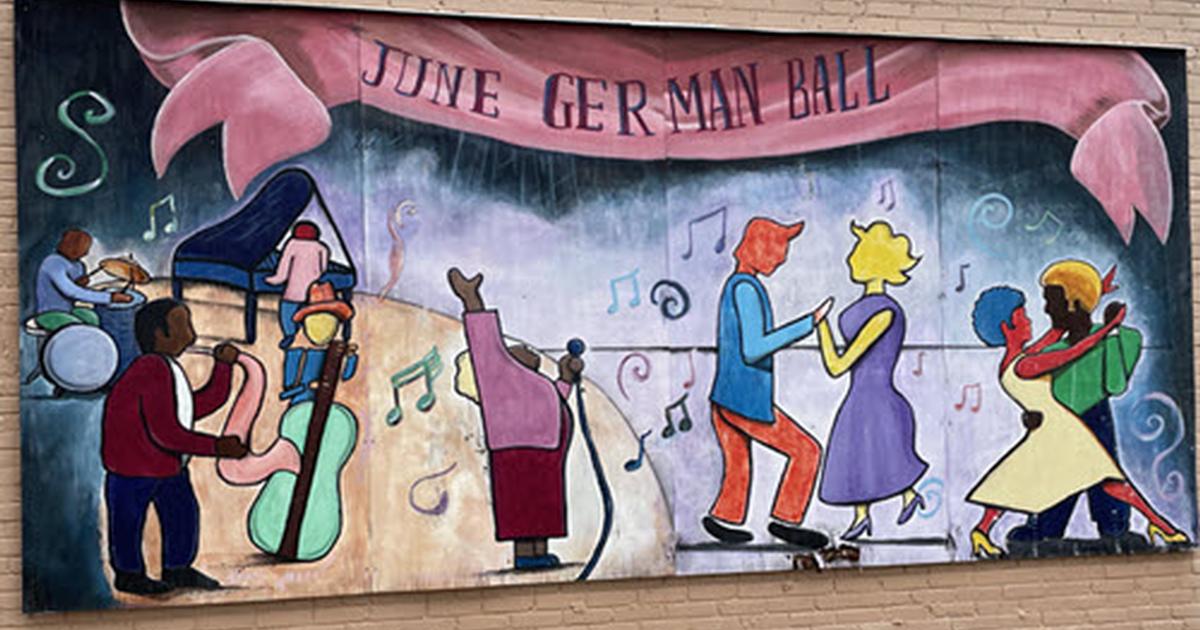