Marker Text:
"Fort Trial, constructed in 1756, once stood nearby overlooking the Smith River. It was one in a series of forts authorized by the General Assembly to be built on the frontier to protect settlers from Indians during the French and Indian War. The square fort was made of twenty-foot split timbers erected close together. Four feet of timber were buried in the earth and the walls were about sixteen feet high. George Washington visited Fort Trial in 1756. It was abandoned near the end of the eighteenth century when hostilities between colonists and Indians had subsided." 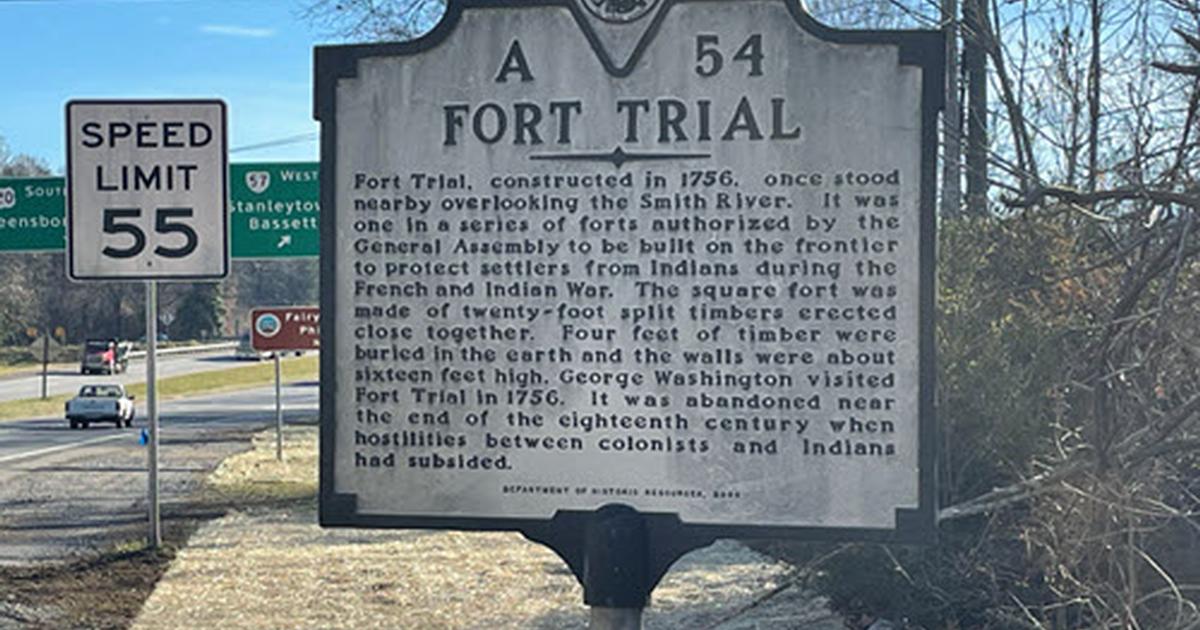