Marker Text:
“Here in 1949, six all-white, all-male juries convicted seven black men of the rape of a white woman. All seven men were sentenced to death. On appeal, NAACP attorneys submitted the first petition to the U.S. Supreme Court arguing that capital punishment had been disproportionately applied against African Americans in violation of the 14th Amendment. Despite international attention and petitions for clemency, the Commonwealth of Virginia executed the men in Feb. 1951, the most executions for a rape in U.S. history. In 1977, the Supreme Court ruled that execution for rape was cruel and unusual punishment. Gov. Ralph Northam issued posthumous pardons to the Martinsville Seven on 31 Aug. 2021.” 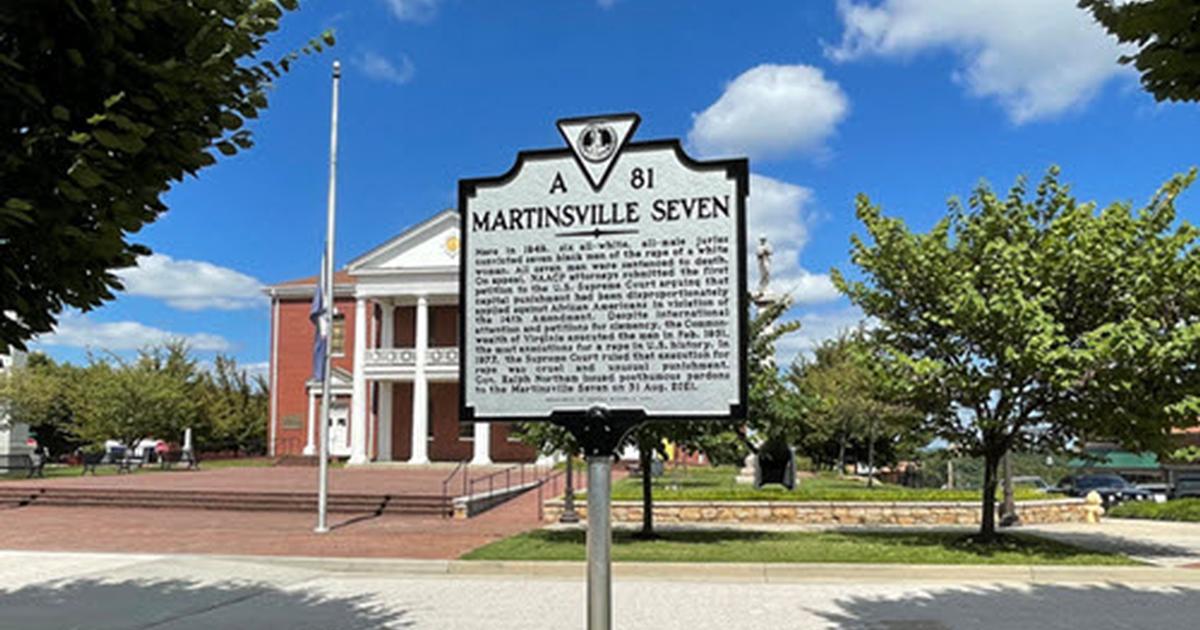