The "Ready, Set, Go Healthy" Mural is located in beautiful Martinsville Uptown. It depicts healthy activities including bike riding, kayaking, running/jogging/walking on paved trails, playing soccer, gardening, and picnicking; all of which residents and visitors can participate in throughout Martinsville-Henry County.

The slogan “Ready, Set, Go Healthy” was an idea which was constructed by the West Piedmont Health District for Martinsville-Henry County. The organization seeks to promote healthy activities and lifestyles and bring awareness to the health issues among various communities in the West Piedmont area of Virginia.

Artist Bio
Ready, Set, GO Healthy was painted by local artist Charles Hill. Hill began painting at age 12, and primarily developed his techniques and style as he grew up by studying  the works of old masters such as Michelangelo, Da Vinci, Rembrandt, and Vermeer, the Impressionists Monet, Degas, Van Gogh,  and Cezanne, as well as modern masters such as Edward Hopper, Jackson Pollock, and Andrew Wyeth. Two types of painting that Hill specializes in are murals and portraits. 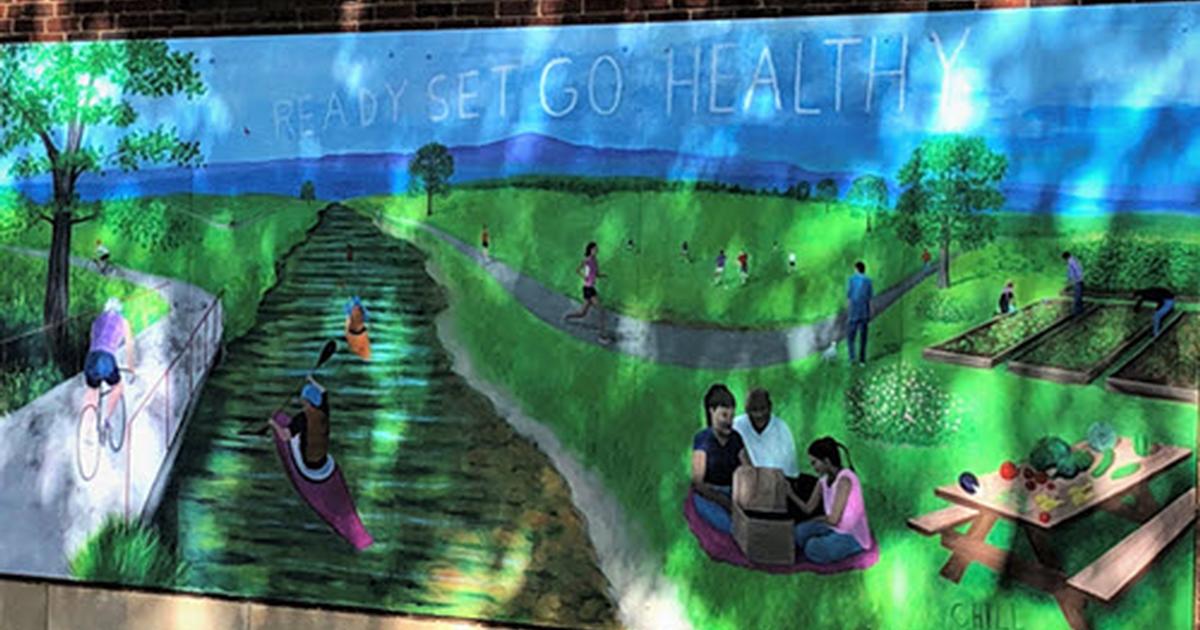