Marker Text:
"George Waller (1734-1814) and his wife, Anne Winston Waller (1735-1839), established their plantation at Waller's Ford on the Smith River near here about 1770. George Waller helped establish Henry County, serving as one of its first justices and as an early tax commissioner and sheriff, and he was one of Martinsville’s first trustees. Waller was an officer in the local militia, which mustered on his plantation. In 1781, Major Waller marched 21 militia companies to North Carolina, where they fought in the Battle of Guilford Court House. They were present at Yorktown for the surrender of British forces on 19 Oct. 1781." 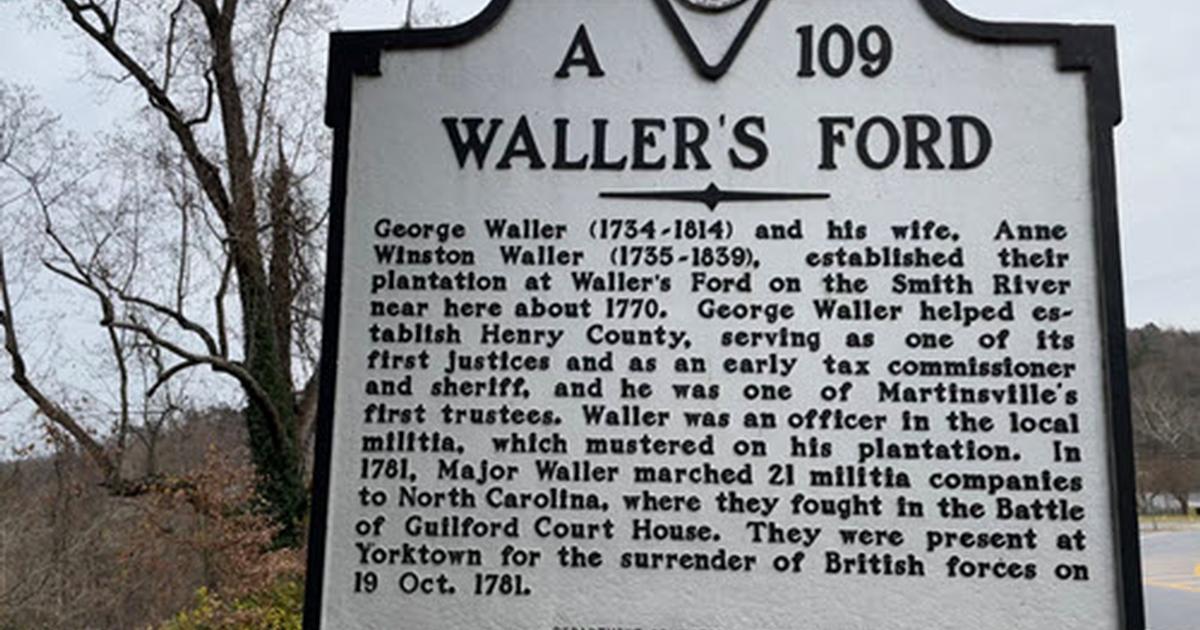