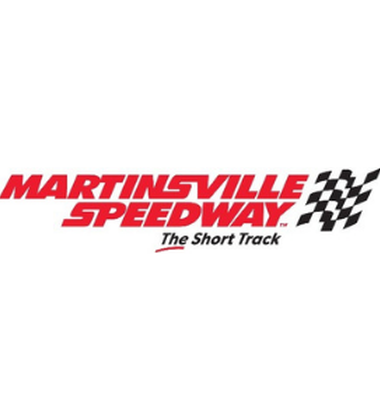 Dale Earnhardt Jr. will return in the famed No. 88 at Martinsville Speedway to compete in the spring NASCAR Xfinity Series race under the lights on April 8, 2022. The NASCAR Hall of Famer and two-time Xfinity Series champion will continue JR Motorsports’ long-time partnership with Unilever as part of the race.

“For our 75th anniversary, we are proud to welcome back NASCAR Hall of Famer Dale Earnhardt Jr. to join our celebration season on the track at Martinsville Speedway,” said Clay Campbell, Martinsville Speedway President. “Dale Jr. is one of the most popular and intense racers in the history of Martinsville, so we look forward to seeing him return to competition next season.”

“I love short tracks. When it comes down to it, short track racing is what I love to do,” said Earnhardt Jr., who broke the announcement during this week’s Dale Jr. Download podcast. “Races at Martinsville are always a blast, so I’m really excited about this opportunity. Unilever has been a great partner, and I’m thankful to them for allowing me to go race at Martinsville. I’m going to get in there in the thick of it and have some fun.”

Beginning today fans can vote on Earnhardt Jr.’s paint scheme that will run in the spring Xfinity Series race at Martinsville. By visiting hellmanns.jrmracing.com, fans can select one of three No. 88 Hellmann’s/Fridge Hunters-inspired paint schemes. The voting runs through Nov. 17 with the winning livery featured under the lights on the track at Martinsville Speedway (April 8, 2022) with Earnhardt Jr. behind the wheel.

Earnhardt Jr. has raced at least one NXS race with Unilever every year since 2009. Earlier this year, the NASCAR Hall of Famer drove a special United for America paint scheme honoring the victims of 9/11 at Richmond Raceway on Sept. 11, 2021, the 20th Anniversary of the terror attacks. For more information on Unilever U.S. and its brands visit: www.unileverusa.com

Since retiring from full-time competition following the 2017 Cup Series season, Earnhardt Jr. has raced four times in the NASCAR Xfinity Series at Richmond Raceway (2018, 2021), Darlington Raceway (2019) and Homestead-Miami Speedway (2020). This will be his first post-retirement race at Martinsville Speedway.

2022 NASCAR race tickets are available for purchase via phone at 877-RACE-TIX or online at martinsvillespeedway.com.

NASCAR returns this fall as Martinsville Speedway hosts the penultimate races of the NASCAR Cup Series, NASCAR Xfinity Series and NASCAR Camping World Truck Series seasons on Oct. 30-31. On Saturday, Oct. 30, Martinsville will host a doubleheader with the United Rentals 200 Camping World Truck Series Playoff race at 1:00 p.m. and the Dead On Tools 250 Xfinity Series Playoff race at 6:00 p.m. The Cup Series’ Championship 4 will be set in the Xfinity 500 on Sunday, Oct. 31 at 2:00 p.m.