Home | Blog| Martinsville Speedway to Feature the Best of the Best Late Model Stock Drivers in the ValleyStar Credit Union 300 on Sept. 24-25

Martinsville Speedway to Feature the Best of the Best Late Model Stock Drivers in the ValleyStar Credit Union 300 on Sept. 24-25 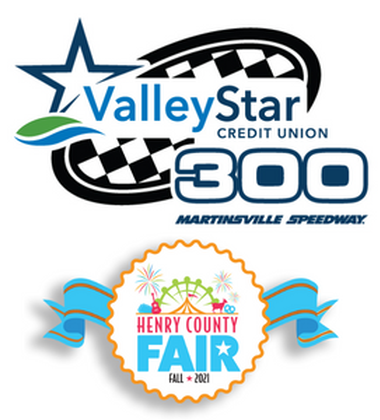 Josh Berry, Timothy Peters, Bobby McCarty, Ty Gibbs and Peyton Sellers will headline one of the most impressive fields in the history of the ValleyStar Credit Union 300 to vie for the iconic Martinsville grandfather clock. This year’s race will have a $110,000 purse with $32,000 to the race winner. The 200-lap feature race will include three segments: 75 laps, 75 laps and 50 laps. Stage 1 and Stage 2 winners will each receive $1,000.

Josh Berry of JR Motorsports will return to compete as the defending race champion of the 2019 ValleyStar Credit Union 300. This spring, Berry became a two-time Martinsville winner when he took the checkered flag in the NASCAR Xfinity Series’ Cook Out 250.

Perhaps no one is looking forward to the ValleyStar Credit Union 300 than Sellers – who’s still chasing his first win in the prestigious race and fourth Virginia Triple Crown title at Martinsville Speedway. The Danville, Va. native is no stranger to the Late Model race at Martinsville as he has competed in the race 12 times since 2002. As a racer, Sellers has accomplished just about everything you can do except win the race. The veteran short-track racer hopes this year will be different.

“I’ve had the opportunity to lead the most laps. I’ve led at halfway. I’ve sat on the pole. I’ve led the white-flag lap, but I’ve never led that checkered-flap lap,” said Sellers. “That being said, I’m not going to count anything until it happens. If I take that white-flag (next Saturday) I’m never going to take a deep breath until I take the checkered.”

On Friday, Sept. 24, four hours of practice will be followed by single car qualifying under the lights. The top two cars from qualifying will make the 200-lap feature with the pole winner receiving a $5,000 bonus. To determine the rest of the 40-car field for the feature, the remaining cars will be placed in heat races on Saturday, Sept. 25. There will be four heat races of 25 laps and no last chance race. The format for the ValleyStar Credit Union 300 will feature three stages during the main event.

With this year’s format, Sellers feels the limited practice prior to qualifying can benefit him and other experienced drivers.

“This year we’re not going to have a test day which is going to make it very hard for a young driver trying to make a name for (themselves) at Martinsville,” Sellers added. “I feel like that will play a little more to the veterans, the guys who have been there multiple times and know the track and what it’ll do at night.”

However, the focus for Sellers will be winning the race and the Virginia Triple Crown.

“They’re starting to build a little bit of nostalgia to it, similar to the grandfather clock at Martinsville (Speedway),” said Sellers. “With the amount of competition that’s around the Virginia area and the amount of people who have come out of Virginia to be legends in racing, to be able to compete for something in my home state is something that I get excited about every year.”

The Virginia Triple Crown is awarded to the driver who has the best average finish in three races starting with the Thunder Road Harley-Davidson Late Model 200 at South Boston Speedway and the Hampton Heat 200 at Larry King Law’s Langley Speedway in July and ends next weekend at Martinsville Speedway in the ValleyStar Credit Union 300.

“It’s hard to put yourself in position to win because you have to put yourself in position at three different tracks,” said Sellers. “They’re all 200 lap races but they’re all entirely different. The way the formats are, the way the tracks are, you’ve really got to save a lot of tire at a place like Langley, but at Martinsville you can just go hard because you’re getting tires late. They’ve done a good job promoting it with the three tracks.”

On Friday, Sept. 24, practice for the ValleyStar Credit Union 300 will be held from 2:00 p.m. to 6:00 p.m. followed by single car qualifying under the lights beginning at 8:00 p.m. The top qualifier will pocket an extra $5,000 courtesy of Martinsville Speedway. Tickets are just $5 for Friday’s practice and qualifying sessions with youth 12 and under are free. The Campbell Family Foundation will host a fireworks extravaganza following ValleyStar Credit Union 300 qualifying and the Josh Shilling & Mountain Heart concert on the Bassett Furniture Stage at the Henry County Fair.

Tickets for the ValleyStar Credit Union 300 are $30 and unreserved. Youth 12 and under are free with a paying adult. Parking is free for the event. Coolers are allowed, but must be softsided and no larger than 14”x14”X14”. Tickets are available for purchase at the ticket office, via phone at 877-RACE-TIX or online at martinsvillespeedway.com.

For more information on the ValleyStar Credit Union 300, visit www.martinsvillespeedway.com/events/valleystar-credit-union-300.