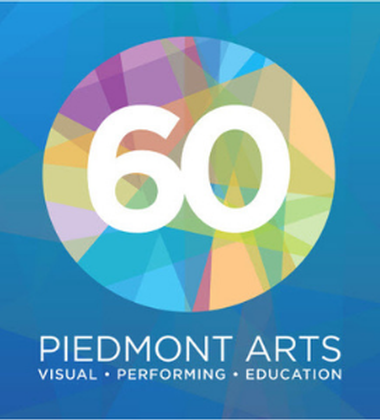 Martinsville has long been home to industry, from tobacco to furniture to textiles — even earning the area the title “sweatshirt capital of the world” in the 1980s — but the arts have also played an important role in the community’s history. Since 1961, the city has been home to Piedmont Arts, a non-profit art museum dedicated to serving Martinsville-Henry County and the surrounding area.

This year, Piedmont Arts is celebrating its 60th anniversary. This milestone comes at a time when small museums are increasingly important venues for the exploration of arts and culture. Community-centric organizations like Piedmont Arts, which hosts exhibits and events that impact 20,000 residents and visitors each year, provide entertainment and educational opportunities, often to underserved areas, while adding to the vibrance and economic health of cities and towns across the country.

­­­­As the museum reflects on its past, Executive Director Heidi Pinkston says she sees great opportunity to grow with the times.

“Piedmont Arts has made much progress in the last 60 years. It has gone from humble beginnings as a small group of artists to an art museum accredited by the American Alliance of Museums. We are proud of the advances we have made and look forward to growing with the future.”

Formed as a local chapter of the Virginia Museum of Fine Arts, Piedmont Arts was founded through a grassroots effort by local artists who needed a place to show their work and collaborate. For years, the group met in members’ houses and displayed their work in bank lobbies and local businesses.

In 1981, the heirs of Michael “Big Mike” and Purnell Schottland donated their family home to Piedmont Arts as a permanent facility. Big Mike was the co-founder of Virginia Glass and Mirror, a company that still operates in Martinsville today. He purchased the home for his family around 1918 and an extensive remodel in the 1930s gave the house many of the defining features it still retains, like inlaid wood floors, ornately carved woodwork and a crystal chandelier rumored to have come from the Governor’s Mansion in Richmond, though any written evidence of this has been lost to time.

Over the next decade, Piedmont Arts programming expanded so dramatically that, in 1996, the Board of Directors launched a capital campaign to renovate and expand the museum to meet the community’s need. The campaign raised $3.5 million used to transform the facility into a state-of-the-art museum with a performance hall, seven galleries, a classroom, a reference library, and a play room for children. The expansion, improved climate control, and updated gallery space allowed Piedmont Arts to apply for accreditation from the American Alliance of Museums, the highest national recognition afforded to U.S. museums. In 2004, Piedmont Arts gained accreditation, a status currently shared by on only 3.2% of the nation’s estimated 33,000 museums.

Today, Piedmont Arts remains true to its roots as an art museum dedicated to serving its community. It curates and hosts exhibitions — a blockbuster exhibit of Ansel Adams photographs just left the museum in February and watercolors from the American Watercolor Society are on view through May 1 — and offers performing arts, events, and art classes for all ages.

To kick off its 60th anniversary, the museum plans to host a semi-formal jubilee on June 11, a luncheon on June 22 and a Family Day on August 28. In addition, other events highlighting favorite programs from the past, like a talk by crowd-favorite Dr. Elliot Engel and the annual holiday performance by Roanoke Symphony Orchestra, will fill out the museum’s calendar.

Pinkston says these events will not only celebrate Piedmont Arts’ 60-year history, they will help raise money for the exhibits, events and programs that the community looks forward to each year.

“Community support is so important to a museum like Piedmont Arts. Memberships, donations and ticket sales provide the revenue that a small non-profit like ours needs to survive. By taking part in the museum’s 60th anniversary programs, your contributions will help to ensure that Piedmont Arts remains a center for the exploration of arts for the next 60 years.”